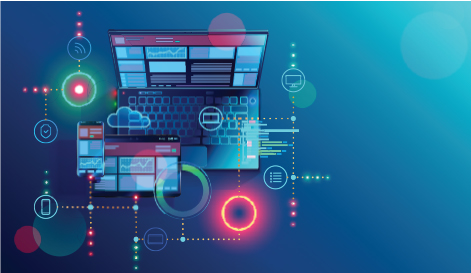 MANIPULATED: THE CHALLENGE OF DISINFORMATION CAMPAIGNS IN THE AGE OF SYNTHETIC MEDIA

In light of the US elections, IScann Group examines how social media is being used to manipulate global politics, societies and economies

London, Washington, 21 OCTOBER 2020 – IScann Group announced earlier today the release of its white paper – Manipulated: The Challenge of Disinformation Campaigns in the Age of Synthetic Media, researched and written by its Senior Advisor Tate Nurkin. The paper provides an in-depth examination of how a growing range of actors are using social media platforms to create and control narratives and manipulate targeted politics, societies, and economies around the world.

The technology behind deepfakes is advancing rapidly. It is being commoditized in ways that make it accessible to both government actors but also to a wide range of non-state actors: from political parties to extremist groups and criminal networks to ideologically imbued and tech-savvy individuals. With a focus on deepfakes as a particular concern, the whitepaper touches on how the spread of misinformation and disinformation is already having real-world political, social, geopolitical, and security consequences. Deepfakes use artificial intelligence (AI) to create realistic face and/or voice swaps thus creating manipulated media that make a person say or do something fabricated.

Government, security community, and technology company efforts at meeting the deepfake and disinformation challenge have been complicated in 2020. The coronavirus pandemic has created a near-ideal set of conditions for the spread of disinformation. A wide range of actors are attempting to capitalize on the growing sense of vulnerability and uncertainty many people throughout the world fear in order to achieve their specific political or geopolitical objective.

Geopolitical competition is intersecting with political events and social unrest in countries throughout the world. For example, protests in the United States over the summer of 2020, as well as the upcoming general election in November, have provided a testbed for an impressive array of new AI-enabled disinformation tools and tactics for their deployment.

The technologies behind deepfakes and synthetic profile photos are still maturing and are frequently detectable by humans. Still, the creation of fake “observable events”—even clearly synthetic ones—serve to reinforce ideological perspectives with what the report refers to as a “nihilistic effect of undermining the concept of truth and objective and observable reality upon which free and open societies rely.”

Meeting the challenge of AI-enabled disinformation will require a multi-faceted response not just from governments and national security communities, but also from social media companies, academia, and applied research centers. This response will likely evolve over time, but should, at a minimum, not end at the development of new technologies to detect, disrupt, and counter synthetic media and AI-enabled disinformation. It should, at a minimum, include good faith efforts to share data across the public and private sector and governments as well as more active and coordinated measures on the part of social media companies to identify and label synthetic media.

“The rapidly growing development and use of this technology is one of the greatest threats to open societies and is something that needs to be addressed on every level. The business, political and geopolitical manipulation possibilities are limitless, and the proliferation of these tools going unchecked will threaten the safety and stability of all open societies.” – Andrew Vasko, Managing Director of IScann Group.

IScann Group is an internationally active open source intelligence house that enables companies to understand and counter an array of modern threats. By utilizing proprietary methodologies, the Group monitors global security trends, tracks social media and is at the forefront of exploiting digitalization.